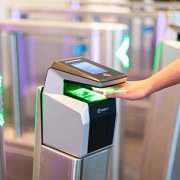 IDEMIA received the award of Global Biometrics Company of Year for 2019 promoted by Frost & Sullivan Company. The leader in augmented identity has its positions reaffirmed by one of the biggest agencies for identification, analysis, and monitoring of new emerging technologies and markets. Frost & Sullivan‘s final decision was boosted by IDEMIA’s anti-spoofing capabilities and systems.

The MorphoWave Compact (MWC), the F.CODE smart card, and the OneLook multimodal capture device stood out of Idemia’s range, considered as highlights. The MWC is an access control device that uses contactless biometric technology to scan users’ fingerprints. The solution had last year, 2019, an Artificial Intelligence upgrade, becoming faster and even more precise.

F.CODE Smart Card is another innovative solution, in which there’s a fingerprint sensor built-in. Thus, instead of using PIN code for payment authentication, you’re invited to use your fingerprint. This technology deployed on JCB Cards was awarded twice at Cards and Electronic Payments International Asia (CEPI) Summit. ONELOOK solution is a multimodal biometric device: It can handle both face and iris recognition. The solution passed all NIST testing performed with excellence, also during the Biometric Technology Rally.

Another great solution exalted by Frost & Sullivan was the Augmented Vision Technology. The monitoring solution is capable to analyze metadata with high accuracy of complex environments. By far, the best surveillance solution. Augmented Vision received the award of Best Practices in the industry.

The awards were handed out by Frost & Sullivan and they are selected by top industry analysts who evaluate the companies based on : Innovation, customer service and overall performance. IDEMIA revealed at the occasion that it will soon be providing a biometric identity for the citizens of Morocco. The company in a partnership with INTERPOL will provide training on document security. 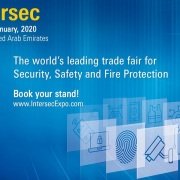 Fingerprint scanning, and documents authentication solutions will also be presented. 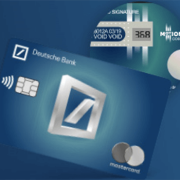 As a normal card has a static CVC at its back, what makes it more vulnerable to fraud, the dynamic CVC of Idemia works in an unpredicted way, random, being updated every four hours. This creates an extra layer of security.

“The Deutsche Bank Mastercard Tarjeta Calma will go beyond usual payment card benefits and offers customers the latest security tech so that they can buy online in an environment where online shopping is ever growing. We are thrilled to pioneer this technology in Spain and introduce this new product backed by Mastercard and IDEMIA”.
Commented Luis Miegimolle, Deutsche Bank Card Manager 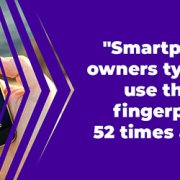 Nowadays, the average use of fingerprints per person on smartphones are 52 times a day, in another pace, millennials use it 152 times a day. Biometric authentication has became a normal function in our daily lives and routines.

To unlock the smartphone, to verify a bank transaction among other applications, turns the biometric authentication an easy and fast method, making the enter a PIN old school. Due to Apple who made the insertion of biometrics back in 2013, allowing user to unlock the mobile by a simple touch.

The most used and widespread biometric is Fingerprint (63%) followed by Facial at 25% and Iris at 20%.

The following year after the insertion of biometrics on phones, Apple launched the ApplePay, what turns biometrics authentication in payments a convenient and safer way to our everyday transactions. This familiarization increased the acceptance of this method, what makes 82% of users ready to replace their PIN code with a fingerprint to card payments.

Perceived as a good thing to assure high security level, biometric usage for card payments is naturally stronger in countries where contactless payments are highly adopted. As contactless are capped at 30 EUR per transaction, 72% of users do want this limit to be rethought. Hence biometrics can offer a security level and also go beyond the current limit of transactions.

India is on the top of the list for the use of biometrics. The technology is so widespread that government created a 1.3 billion users’ database with iris, facial and fingerprints templates. Citizens can benefit from different types of services as withdrawing cash without leaving home, how? Postman verify their identity by an handhold mobile device and once it’s done cash is handed out and the bank account is debited. This method is used by rural citizens which gives them a year-light of convenience with high security.

Other use case for developing countries is the distribution of social welfare payouts by means of a biometric card. Aided population would have to authenticate the card at a POS terminal and right away receive the pension.

This way solves two problems:  unauthorized persons accessing the pensions and pensions being distributed to deceased citizens and the most important, the need to attend physically to receive the payout, sometimes eligible citizens are located away from city centers and urban areas.

A bright future for biometric authentication in payments

In 2020, biometric authentication was about 1.2 billion consumers and it will raise up to 2.6 billion by 2023. It may be possible in a near future to pay through our biometric features in a car. The fast development of biometric technology will provide massive changes in worldwide consumption, by letting for example PIN code antiquated and taking over authentication for payments cards and other services. 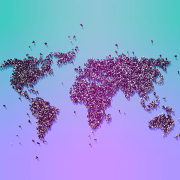 From November 26th to 28th, IDEMIA presents its solutions for managing populations at TRUSTECH. The company will also set out advanced option for secure passports and ID cards.

The IDway is not a simple Identity Management System, the solution was conceived by IDEMIA, the global leader in Augmented Identity, in order to provide better services for populations and governments. This robust management platform for identity will gather in a unique legal ID several interoperable components as Civil Registry, ID Card Registry, Passport Registry, etc. This ID will alleviate people’s ID recognition by public and private services, in person or online. All the data in the IDway is reliable and constantly updated, it means a unified system capable of deliver trusted credentials.

To make the solution, IDEMIA partnered with:

CIVIPOL, the technical cooperation operator of the French Ministry of the Interior;

CARITAS, a confederation of 165 reliefs, development and social service organizations

The first deployment of IDway was held in Democratic Republic of Congo (DRC) through OSIA, open-standard Identity Management interface. One purpose, an identity for all from birth by 2030

At its 1st deployment led by IDEMIA and the institutions mentioned above, 2.4 million children were registered. World Bank aims now to produce 600,000 birth certificates and register 60% of children without registration at birth.

During Trustech, the Optical Machine Authentication was presented, it’s a secure and faster verification of passports and ID cards

By 2037, within 17 years, air travelers will hit an 8 billion figure, doubling the travelers’ flow of today. By means of this increase of people, borders control are already facing several challenges to fortify security measures of passport and other ID documents. All this measures seek to improve citizens’ board control and comfort whilst documents verification.

There are two optical machines that make easier the process of verifications. 1st: DocSeal, graphical seal to protect modifications and photo substitution and also forgery. 2nd: LASINK™, a color portrait laser engraved in a polycarbonate structure.