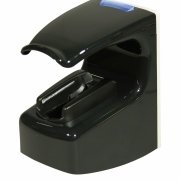 The MorphoAccess® VP Series is entering a major phase of its lifecycle, migrating to the MA5G platform. This results in a significant Product Change Notification:

Our support team is available to help ensure a seamless transition from the existing to the new integrations. 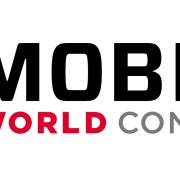 At MWC, Mobile World Conference, from 25 until 28 February 2019, the GSMA or Global System for Mobile Communications will host a range of seminars aiming to provide insights and updates on several topics, such as:

During these 4 days seminars, IDEMIA participates in both events: At MWC with the booth #6H30 and on the GSMA seminar presenting the following topics:

Idemia’s director of standarizantion  – Remy Cricco will expose its perception on Tuesday 26th February at 3:30 PM.

Second apparition will be held by VP of Digital Domains, Connectivity and IoT Security – Emir Aboulone on Thursday 28th February at 9 AM. 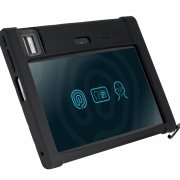 In order to provide to all our customers the best product in terms of security, IDEMIA has decided to propose this new improvement to all further MorphoTablet 2 deliveries. As a consequence:

Our support team is available to help ensure a seamless integration of custom apps with this new firmware, using our Customer Support Package dedicated tools. 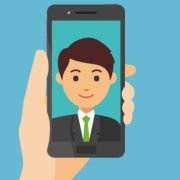 “… Onfido’s great solution of document reading and its 2D face scanning system was incorpored by world  leader on augment identity, IDEMIA, in order to optimize financial services on KYC and AML needs.”

IDEMIA is developing its selfie-based authentification throught a crucial partnership with Onfido. This collaboration showed on the past several months its position as a leading provider for the cryptocurrency market with the highest selfie authentication technology. Onfido expertise liens on the compatibility of facial recognition with document reader: users just need to upload a selfie and images of official identity documents to the system that will link both with the aim of corresponding them.

As the world’s leader on augmented identity, IDEMIA is not a new comers in the biometric authentication and the company has came to life a new 3D facial recognition system for mobile devices in 2018. The partnership can enable IDEMIA to meet the need at some niches of Financial Markets as Know Your Customer’s activities – KYC and Anti-Money Laundring – AML by the incorporation of Onfido’s solutions as a complement to its “Augmented Identity Hub”.

Mutual prospects and customers in Financial Services are the crucial point to make this partnership happen; the alignment of Idemia’s technology with Onfido’s identification will make both companies reach such market opportunities, said, Onfido CEO Husayn Kassai. 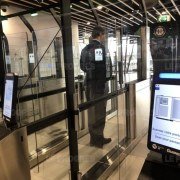